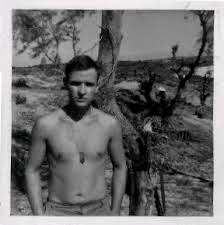 My interest in Tim O’Brien’s work originates from my study of Cold War texts over the last six years in After the Bomb. O’Brien (b. 1946-) was drafted into the US infantry during the Vietnam War and served in the country during 1969-1970 and later published a memoir If I Die in a Combat Zone (1973) and a series of novels about his experiences and perceptions of the war.

The range and complexity of O’Brien’s artistry and shrewd insights into the Vietnam War certainly establishes him as one of the most important American writers of his time. As brilliant political journalism, it is difficult to surpass Michael Herr’s Dispatches (1972) or David Halberstam’s The Best and the Brightest (1976).

An evaluation of any book is always going to be subjective.  What I’m essentially looking for in a good bloody read is clarity, sophistication & unity. I also want to understand and be emotionally engaged in the conflict in a deeper way through the representation of the various characters and their experiences. I also want to be entertained, to keep me guessing what is to happen next. And most of all, I want to vicariously understand the complexities of war by someone who has been there. 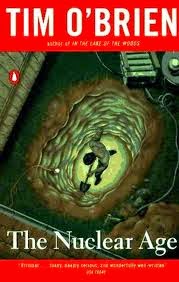 This novel is broad in scope but disappointingly uneven. It is set in 1995 and tells the story of William Cowling who begins to dig a large hole in his backyard with the intent of building a bomb shelter for his family. The novel consists of a series of extended flashbacks, including his life on the margins in the late 1960s and 1970s as a draft dodger and war protestor. The perspectives on the Vietnam War are limited because of O’Brien’s grander vision to capture the vicissitudes of the Cold War between 1950-1985 as seen by an ordinary American. 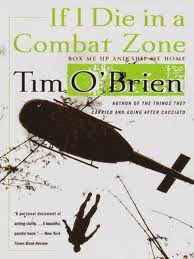 This is an excellent memoir about Tim O’Brien’s experiences as a grunt during the Vietnam War. He was drafted into the US Army in 1968 and served for one year. The writing is intensely personal and is acutely observational with an overarching philosophical bent. O’Brien explores the nature of goodness, what constitutes a just war and the nature of courage & war. Comparatively, If I Die in Combat Zone is not as sophisticated as some of O’Brien’s later, more mature novels, but is a highly recommended starting point in any close study of the author’s body of work. 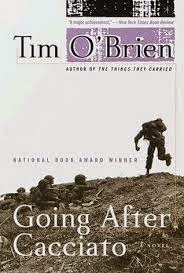 This is a sprawling, third person narrative, largely told through the lense of a young US infantryman, Paul Berlin. After a fellow soldier, Cacciato, leaves the platoon for a crazy dash for Paris, seven soldiers decide to pursue him through the mountains and beyond.

The structure of the novel alternates between the pursuit of Cacciato’s through several countries and flashbacks to Berlin’s initial recruitment and his various exploits in Nam.

The writing is highly experimental and often skids the boundary of credibility. The language is an odd mixture of graphic realism and surreal, often self reflexive post-modernistic bullshit. What makes this novel enduring is O’Brien’s skill in making profound statements about the nature & morality of war. 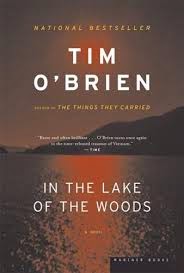 This is Tim O’Brien’s best crafted novel and is loosely shrouded in the form of a detective novel. The storyline is focussed around the disappearance of Kathy Wade, the wife of an aspiring  politician, John Wade, who has recently lost a senatorial race because of the last minute muck-raking into his dark past as an infantryman in Vietnam.

O’Brien’s investigations into what represents the truth echo his search for meaning in some of his earlier work. In this novel he brilliantly layers a swirl of evidence, fictional conjecture and ambiguity to call into question the nature of reality itself.

I think this is O’Brien’s best novel but its focus on the Vietnam War is limited. There are many flashbacks to John Wade’s dark past & these are graphic and memorable. O'Brien takes literary licence in  appropriating the massacre of civilians at My Lai in 1968 by C-Company: http://en.wikipedia.org/wiki/My_Lai_Massacre

It is important to note that O'Brien served in the division that was implicated in the My Lai Massacre. He does not appear to have been directly involved in the incident but obviously would have come across the gruesome details through word of mouth. 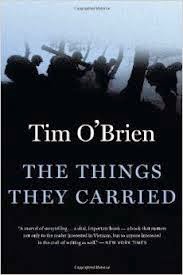 This novel gets the nods as O’Brien’s best Vietnam book because of its explicit and extraordinary insights into the war.

This is an outstanding collection of short stories, partly-biographical accounts & notes which capture O’Brien’s process of writing about the Vietnam War twenty years after his tour of duty ended in 1970. The ‘novel’ blurs the distinction between fiction and memoir & between experience and the transitory, slippery nature of the truth. It graphically illustrates an American foot soldier’s experiences ‘in the boonies’ but it is also about the complex process of writing.