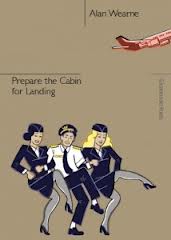 On Tuesday, I attended the launch of Wearne’s latest book of poetry Prepare the Cabin for Landing at the University of Wollongong.


A blurb from the publisher Giramondo Publishing about the book:

Alan Wearne is this country's most public poet, a master of the Australian idiom, the recorder of its fashions, and the scourge of its big-noters, pretenders and crooks. They are the targets of the central poem in this collection, 'The Vanity of Australian Wishes', which draws on Samuel Johnson and Juvenal, 'who must have known that combination of bemusement, annoyance, anger and despair to which your country can drive you, though always with an eye to its entertainment value and dramatic potential'. There is an affectionate portrait of three high school teachers in suburban Melbourne in the early 1960s, satires on the world of finance, the lifestyles of the beautiful people, and literary intellectuals, as well as seven new poems based on Australian pop songs, with Johnny O'Keefe and Shane Warne in starring roles.

The book was also be launched on Sunday 25th November at 4 pm at Gleebooks: 49 Glebe Point Road, Glebe.

Some links to his work on Poetry International: http://www.poetryinternationalweb.net/pi/site/poet/item/13652/15/Alan-Wearne 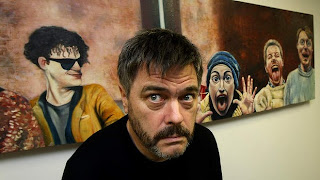 In a recent article in Spectrum Magazine in the Sydney Morning Herald, the poet Peter Craven attempts untriumphantly to make sense of Wearne’s latest work: http://www.smh.com.au/entertainment/books/taking-wing-on-a-flight-of-fancy-20130320-2gg0z.html

An excellent informed review of Wearne's book by David Musgrave in the Sydney Review of Books appears here: http://www.sydneyreviewofbooks.com/fasten-your-seatbelts/