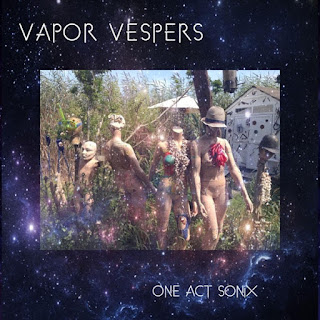 
this is the place of camels and canoes


where the seeds of be-bop

here I am smoking a rope
packed up high on a camel’s hump
with coffee beans, cassettes and myrrh
and a guide book to malaria

she phoned the doctor


wiped up the mess

if only it hadn’t rained

as if the Fourth of July would never come

she watched from the window

just as she hoped

she felt a breeze skit across her face

soon everything
will take off and disappear
behind the clouds

Listen to The Bells – a dead bird, neighbors arguing.
https://www.youtube.com/watch?v=YJPCINLVR7s

ode to a friend
(The Meatclever and the Butterfly)

My penis is a wondrous thing
high shouldered like a fine Bordeaux
and smooth as an Aztec’s obsidian kiss.

My penis is a lighthouse
on the rocky shores of uncertainty
a crimson pirate probing the shoals of indecision
a Jolly Roger stuck in a bog
a Flying Dutchman dissolving in the indifferent Sargasso Sea.

My penis is an amazing creature
with little birdie wings
a golden crested head
streamlined with dorsal fins
independent suspension
and driver’s side air bags.

My penis is noble as Lancelot
sterling as Camelot
wise as Solomon
strong as Goliath
cunning as King David
and about as reliable as Lou Costello.

My penis is indomitable
long range and invincible
a magnificent traveler
as intrepid as Magellan
reading magazines between connecting flights.

My penis, a cherries jubilee
a proud Napoleon
a humble Twinkie
just another filigree confection
on the boundless buffet of Bacchus.

My penis is a religion
a minaret calling the faithful to prayer
the wreck of a ruined cathedral
after the battle smoke clears.
My penis stands for something
that has come and gone
the living will of a bygone age
a legacy proclaimed
the plow that broke the plains
and sewed a blizzard of seedlings
flooding the prairie basins
with legion upon legion of me.

My penis is carved from diamond willow
hard yet workable
resilient yet pliable
a good sturdy stick.

My penis walks to work
and packs a hearty lunch
like a common man.

My penis is much like the Hindenberg-
impressive when inflated
but glorious in flames.

My penis is also a vegetable.

My penis craves approval
and needs the nod
from a thousand lovely lovelies
or the short stroke
from a miserable few …
I don’t care.

My penis is a credit card
accepted at a billion locations world wide-
if only I can pay the bill.

Ah, but my penis is an incorrigible boy
firing his pistol and jumping for joy.

My penis can be cavalier
a cocky rustic dandy
at a bustling country fair.

But my penis has grown weary
with many promises to keep
and so many miles to go
before he gets to sleep.

-and touch it please?

Un-PC jaunty hilarious ode to gents member with drum and bass backing, The Meatcleaver and the Butterfly (My Penis). Listen to the performance poem here:
https://www.youtube.com/watch?v=_7YZNTprUW4

New York/Anchorage, January 7, 2020 – It’s a sonic funhouse that draws upon everything from Fripp & Eno ambience and Krautrock space explorations to 70s Miles Davis funk-jazz-noise bromides, acoustic folk and baroque classicalism, all to season a world of surreal spoken word ruminations. These narratives explore scenes that are as varied as their musical backings – dramas, large and small, that take on “big think” spiritualism, romance, lust, obsession, death and the petty splendors of daily existence – with recitations that are part Eric Bogosian hyper-monologue, Bukowski/Henry Rollins poetry slam and, occasionally, a little un-PC Rudy Ray Moore party record bawdy.

Cataldi and Muro’s partnership goes back to when they met in their teens in Queens, New York.  Here, in the heart of blue-collar New York City, they formed a lifetime friendship and creative bond over a steady diet of Carvel Flying Saucers ice cream sandwiches, Sundew Jungle Juice, Sun Ra, Henry Miller, Captain Beefheart, Frank Zappa and the original spoken word recordings of the 50s and 60s from Caedmon Records.

A longtime denizen of the New York City and now Hudson Valley/Woodstock music scenes, guitarist/keyboardist Cataldi is most recently known for his solo project, Spaghetti Eastern Music. Here Cataldi fuses Eastern beats, Spaghetti Western film soundtrack ambience, Krautrock spaciness and psychedelic and fuck/fusion flavoured electric guitar instrumentals with gentle acoustic vocal song craft, straight  out of the John Martyn/Nick Drake songbook. Time Out New York writes: “Cataldi’s largely instrumental, Eastern-influenced jams are infused with some delicate guitar work and hauntingly moody atmosphere,” while The New York Timesproclaims he has “a beat unmistakably his own.” Called “truly excellent” by The Village Voice, “a jazz virtuoso without the need to prove it” by Aquarian Weekly, “beautiful and unique” by WFUV’s Mixed Bag, “wonderfully melodic and off-center” by WFMU and “part Sergio Leone fever dream, part Ravi Shankar raga, a whirling dervish of musical creation” by Hudson Valley One, Cataldi keeps up a steady schedule of performances at leading venues in the Big Apple and the Hudson Valley.

Bronx-born Mark Muro has been a cultural force in Anchorage, Alaska since relocating in the mid-1980s. His short stories and poetry have been published in anthologies including North of Eden and The Anchorage Daily News and he has produced and performed in a series of one-man shows including The Bipolar Express, Indistinct Chatter and Not Marketable at theaters including Cyrano’s and Out North, and also at the annual Alaska One-Minute Play Festival.  Muro has acted in numerous independent films and commercials, performed standup comedy, represented the state of Alaska in The National Poetry Slam. He also served as host of the PBS radio show, Stage Talk.  His newest one-man show, Bug Boy: Curse of the Ant Queen, premiered in November 2019 at Anchorage’s Cyrano’s Theater.

One Act Sonix was recorded and engineered by Sal Cataldi about the studio aboard his houseboat in Port Washington, Long Island, Houseboat Garlic Knot Studios, and Sonic Garden Studios in West Saugerties, New York (1/4 mile from the legendary Big Pink house made famous by The Band).  All tracks were mastered, and several remixed, by Grammy-winning engineer Bob Stander at Parcheesi Studios.