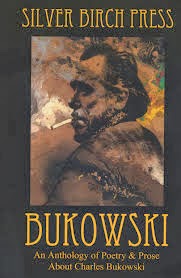 This is a diverse compilation of poetry, memoirs, stories, interviews, essays and black & white portraits about the life and work of the American writer Charles Bukowski who died in Los Angeles almost twenty years ago. Close to one hundred pages of material has previously appeared in small press publications such as Lummox Press.

In her short introduction, editor Melanie Villines makes clear the intention of this book: “The point of this collection is to put our collective thoughts, feelings, and impressions together, share our stories, our poems, our portraits, and join in our joint missing of Bukowski. Now whenever we feel the pang of Buk’s absence, we can pick up this book and connect with others who feel the same way.”

Find Villines’ introduction and a list of the contributors here:
http://outlawpoetry.com/2013/10/30/bukowski-an-anthology-of-poetry-prose-about-charles-bukowski-silver-birch-press/

BUKOWSKI: An Anthology of Poetry & Prose is divided into eleven loosely themed chapters: Hank & Me, First Person, The Poet, The Artist, Collecting, Spirits, The Track, Women, Readings, The Typer and Don’t Try.

The strongest work includes poetry by Harry Calhoun, A.D. Winans, S.A Griffin, Henry Denander, Adrian Manning, Dirk Velvet and the article ‘Carl Weissner: One Hell of an Amazing Human’ from Joan Gannij’s forthcoming book My Real Life Encounters with Charles Bukowski and Henry Miller: Mythical Dirty Old Men of the Printed Page. Also impressive is Wendy Rainey’s interview with Gerald Locklin about his thoughts on Bukowski, including his films and posthumous books- although it seemed to end prematurely.

Personally, I enjoyed reading best David Stephen Calonne’s excellent extended essay ‘On Some Early Bukowski Poems: The Genius Emerges.’ Through a close reading of a “remarkable range” of Bukowski’s early poems, Calonne forcefully establishes what he set out to do. As he states in his conclusion, “I hope I have demonstrated in this essay that Bukowski- through both his natural literary talent as well as the impact of his early traumata, mid-life health crisis and ceaseless attentive reading of world literature (Catullus, Li Po, Tu Fu, Celine, Artaud, Dostoyevsky, Gorky, Turgenev, Saroyan, Fante, Heminway among many others) – transformed himself into a great writer.”

There are a couple of satirical digs at Bukowski, such as Jared Carney’s ‘Not Called Hank’ but usually the writers are huge fans and keep their gloves off him. Even Rene Diedrich’s poem ‘Bukowski Was an Asshole’ turns into a tribute. Perhaps the most damaging piece to Bukowski’s character is Karen Finley’s memoir ‘An Affair to Remember.’ Bukowski is represented as a vain and indifferent partner and when Finley tells him she is pregnant, he tells her to get an abortion because he believes it is Richard Brautigan’s kid.

I wonder what Bukowski would think of this re-imagining of his corpse? I guess he’d be wryly amused but he’d be too busy recycling his own shit to read it. 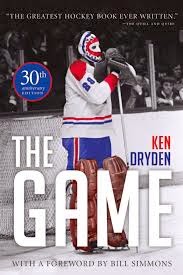 One of my sisters in Vancouver  recently sent me a link to a tragic story in the Montreal Gazette. Two young people died in a house fire next door to where I lived for over twenty years in N.D.G. She sent around a friend who still lives in the area and she discovered that our flat at 5561 had been boarded up. It got me thinking about my previous life in Montreal.

A few days ago I got a hold of the latest edition of goalie Ken Dryden’s highly acclaimed memoir The Game. As a fanatical follower of the Montreal Canadiens in the 1970s, I am baffled as to why I haven’t read Dryden’s book before. I have read other ice hockey books from the era, including Jean Beliveau: My Life in Hockey (1994), OVERTIME: The Legend of Guy Lafleur (1990), LIONS IN WINTER (1986) about the Canadiens and Robinson for the Defence (1988), but THE GAME is a breakaway ahead.

In his Foreword, the sports writer, Bill Simmons states that The Game has held undisputedly the “Greatest Hockey Book Ever Written” title for thirty years and is one of the best sports memoirs ever written: “The writing is so good, so detailed, so intense, so thoughtful…you can’t even believe it’s coming from a professional athlete, much less one of the finest at his particular position. Only Bill Bradley’s Life on the Run compares, but Dryden’s team (and conceit) was a little more interesting. He brings that particular Canadiens squad to life.” 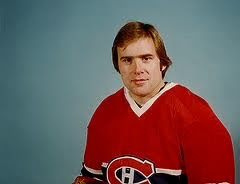 Although Dryden is writing about the daily grind of his last year in the NHL before he retired (1978-1979) his writing is surprisingly universal. He structures the book by dividing it into chapter titles MONDAY, TUESDAY, WEDNESDAY and the like. He usually focuses on an upcoming game and the personalities involved, and then through extended reflections or flashbacks, he turns his attention on a multitude of fascinating aspects related to hockey and life in general.

Dryden creates affectionate, highly insightful portraits of his fellow team mates and opponents but he also intensely explores “the emotional fudge” of his own highs and lows and broadening perspectives as he psychologically prepares himself for life after hockey.

Through Dryden’s descriptions we enter into the skin of what it is like to be a professional hockey player behind his goalie’s mask. We enter the dressing room, go on the road, experience the camaraderie and practical jokes, understand better the mood and tempo of a game, and the pre-game routines and superstitions. As Dryden mentions in his Preface “This book was lived and researched over twenty-five years” and “a book I couldn’t have written while I played.” He wrote it originally in 1983 after his “lifelong, career-long feelings” had settled and could be more comfortably fathomed by the distance that time brings. He says of the writing process: “In the end, it turned out to be the kind of wonderful, awful, agonizing, boring, thrilling time others have described writing to be.”

Also interesting are Ken Dryden’s recollections of growing up in Toronto, his thoughts on fighting in hockey, expansion, the Canada v USSR rivalry and his recommendations on the way forward for Canadian hockey.

The beauty of this book is that the reader doesn’t have to have lived in this era to enjoy The Game. Perhaps of more interest to non-hockey fans are Dryden’s free-wheeling ruminations on topics, such as, the psychology of winning, the concept of “muscle memory”, rising sports salaries, the language debate in Quebec and the relationship between sporting “celebrities” and their fans. Dryden says matter-of-factly on this issue: “We are not heroes. We are hockey players." 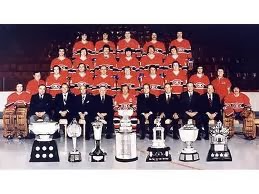 Because the events happened so long ago, I cannot remember any of the individual games which lead to the Montreal Canadiens winning four Stanley Cups in a row between 1976-1979. More clear to me are memories of the Montreal players of the time: Steve Shutt, Guy Lafleur, Bob Gainey, Rejean Houle, Larry Robinson, Guy Lapointe- and Dryden brings these players wonderfully to life.


Dryden also describes well the desolation and incredible duration of Montreal winters- one thing about Montreal that I will never miss. 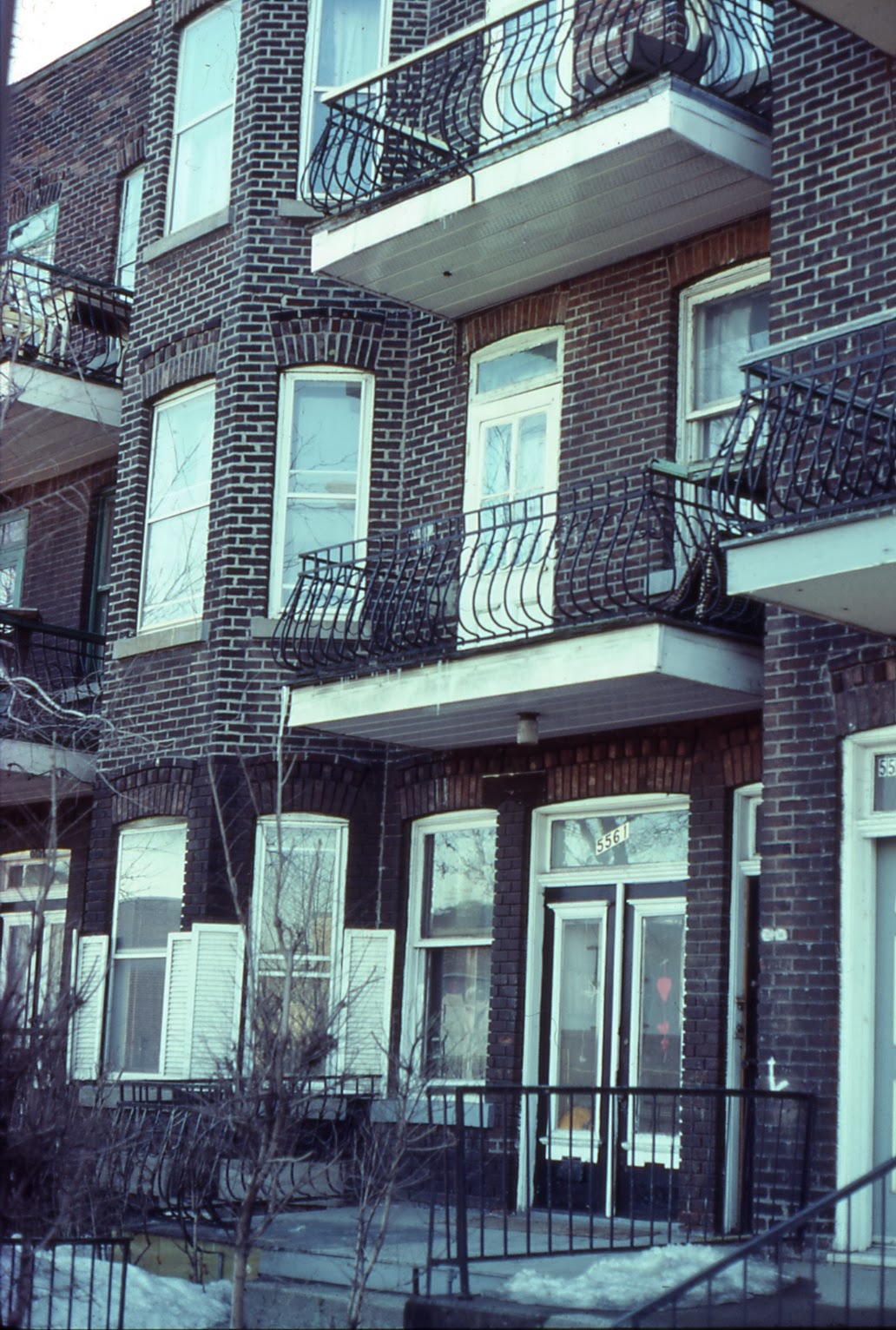 Back to 5561 Rue St. Jacques Ouest- where I lived for many years. According to the news item linked above, the Montreal firemen found a hydroponic plantation in the basement. They stress it was not the cause of the fire and no charges have been made.

I remember the basement more for its crafty, cat-sized rats and for its dirty coal furnace. Revisiting the poem 'Vermin' today, I didn't recall I used a hockey metaphor to describe the exuberant feeling of killing a rogue rat. It's a true story. The old man chased a rat from the house and killed it outside the nearby Firestone store. I published the poem in the small press magazine Hecale about five years ago:

tray rocking back and forth
dust rising like a grimy sweat

twisted in its improvised narrative
of sleep, it grins wryly

from the make-shift nest, the rat
edges backwards up the pipe

The man hears a rustle, almost imperceptible
he springs to action, his body knows what to do

he grabs the baseball bat and as the rat darts
from the hole he lunges, lurches wildly forward

breathing in wild gulps, hugely triumphant
much like an ice hockey player in victory mode

Profiles of the two young people who died in the fire appear here: