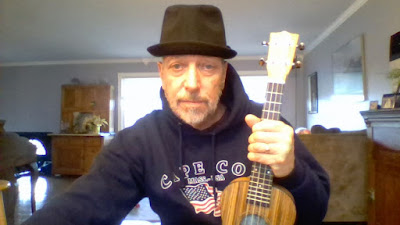 
While searching
for a word
to describe
the apple tree
in bloom,


he discovers
a baby
in a full diaper
sitting up
in the crib,


that glows
sedately
after he
paints it

A Truncated Story of Infinity

Birds fly off the power line the moment someone turns on CNN. An apparition of the Virgin Mary has appeared in the window of an otherwise ordinary house somewhere in New Jersey. Everyone I know insists that I should pay attention, yapping and whining at me and dreaming the myth forward. I have never encountered such a scene before. We were once a bit of white fluff, a tandem bicycle, a bowlful of agriculture. Original poetry hung in the trees of the Township, snobs be damned! I lean my elbows on the window sill, let warm breath out. The sky is full of uneasy feelings, flickers of silver blue, as if angels dressed in tinsel were muttering about how time is a flat circle. And those not burned up by death rays become their slaves.

The Beginning of the End of the World

Someone dropped two baby birds from a great height, not realizing perhaps that the birds would die. I’ve been thinking a lot about what death is like, whether there are car horns and sirens and applause at the end. The phone rings day and night with solicitations from strangers who derive pleasure from the misfortune of others. In the mirror my face has the absolute pallor of a passenger on a hijacked flight. I know how to say “bomb” in French, although I don’t know how I know how.

Howie Good is the recipient of the 2015 Press Americana Prize for Poetry for his latest collection, Dangerous Acts Starring Unstable Elements.

Find some more Good poetry here from 2020 on BM: https://georgedanderson.blogspot.com/2020/08/featuring-howie-good.html