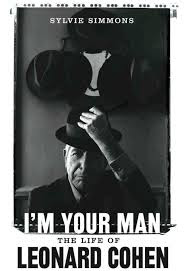 This biography provides a chronological account of Leonard Cohen’s personal and professional lives. It establishes the context and reception of each one of his books, albums and tours. Simmons, a renowned music journalist, also provides a critical analysis of his texts and details how Cohen carefully assembled bands to promote his albums.

The book also incorporates many extended conversations with Cohen which have been placed in italics. These were mostly conducted by Simmons in 2011 and therefore allows Cohen to comment in depth on many important moments in his life from the distance of time.

In this very thick book I was most fascinated in Cohen’s development as a poet & singer/ songwriter and in the discussion of many of his poems and songs. It is amazing how Cohen struggled with and detested the writing process as well as heaving up the spirit to sing material he wrote years ago. As he elaborates in the chapter ‘The Veins Stand Out Like Highways’, “I wrote the songs to myself and to women several years ago and it is a curious thing to be trapped in that original effort, because here I wanted to tell one person one thing and now I am in a situation where I must repeat them like some parrot chained to his stand, night after night.” Cohen also often saw his work as inadequate, as just not good enough for his fans, “Often one’s best work is at the time considered inadequate or incompetent. I certainly struggled with those notions, and not just as a writer- but, as any man or woman locates a large component of their self-respect in their work, it’s always an issue.”

Less intriguing to me were aspects of his personal life, such as his bouts with anxiety & depression, his conversion to Zen Buddhism, how he was swindled out of several millions, and of course, his numerous relationships with beautiful, young women- even as an old man.

If you like Cohen’s work you will certainly be impressed by this biography. 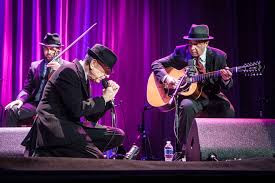 Instead of writing an extended review I want to do something different. I want to test your general knowledge of Leonard Cohen- that is, if you are interested.

Some questions and answers will be obvious, others you will find tricky or obscure. You will also find sometimes that more than one answer will apply to the question. But stuff it- it’s only a quiz! For each question you will have to choose the BEST answer. In one question all the answers are correct. In this instance on your answer sheet write “all of the above.”

Note that all answers are final & are based on the contents of Sylvie Simmons book I’m Your Man: The life of Leonard Cohen. No discussion will be entered into any of the results. Undertake additional research if you are so inclined. The main thing is to have fun and to not take the quiz too seriously. 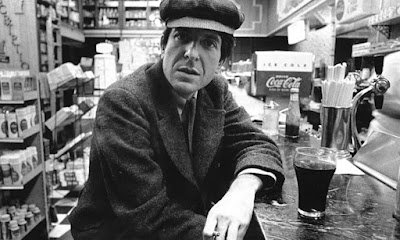 1.    What did Leonard Cohen’s mother tell him to do when things got bad?
(a) to take a cold shower
(b) to take a series of long deep breaths
(c) to shave
(d) to think positive
(e) to get a new girlfriend

3. What drew Cohen to poetry?
(a) the power and beauty of the condensed form
(b) it helped him to find enlightenment
(c) to get women
(d) it allowed him to skip regular school classes
(e) to make music out of words

5. Which of the following Canadian awards did Cohen decline:
(a) Peterson Memorial Award
(b) Governor General's Award for Literature
(c)  Officer of the Order of Canada
(d) Juno Hall of Fame
(e) Canadian Music Hall of  Fame

6. While studying law at McGill University in Montreal, after what event did LC realise that an academic life was not for him?
(a)  after he received his grades in his final year
(b) after looking in a mirror he couldn't see his own reflection
(c)   after working part-time in the uni-bar he found it easier to pick up women
(d)  after a particularly boring lecture on commercial law
(e)  after seeing how badly cut the suits were on many of his professors during an end of year piss-up

8. In which of the following events did Cohen NOT appear:
(a) when Kerouac read his stuff accompanied by jazz mussos at the Village Vanguard in New York in December 1957
(b) in Havana on the day of the Bay of Pigs invasion 17 April 1961
(c)  before their Isle of Wight 1970 concert his band played before patients at Napa State mental hospital & the actor Dennis Hooper freaked out & fled as he saw the patients approaching
(d) Cohen was a pall-bearer at the funeral of Pierre Elliott Trudeau’s funeral in 2000.
(e) At the start of the Yom Kippur War in October 1973 Cohen flew to Tel Aviv to enlist in the Israeli Army
(f) all of the above

12.Which of the following novel titles was NOT considered for use by Cohen?
(a)  Fields of Hair
(b)  No Flesh So Perfect
(c)    A Ballet of Lepers
(d) Come As You Are
(e)   Beauty At Close Quarters

13. According to the 1965 National Film Board of Canada documentary film Ladies and Gentlemen… Mr Leonard Cohen, Cohen’s first concern when he wakes up in the morning is?
( a) to discover who he has been sleeping with
(b) to work out what’s for breakfast
(c)  to work on his itinerary
(d) to call his mother Masha
(e) to discover if he is in a state of grace

14.Why did LC decide to become a singer-songwriter in the summer of 1965?
( a) he liked country music
(b) he could get it off with more women
(c)  he saw it as an extension of his poetic voice
(d) his books weren't selling and he needed the brass
(e) he wanted to become the Canadian Dylan

15. Which celebrity did Cohen NOT meet when he was living at the Chelsea Hotel in New York?
(a) Andy Warhol
(b) Pierre Elliott Trudeau
(c) Jimmi Hendrix
(d) Lou Reed
(e) Jackson Browne

18. Which Bukowski book was seen by the author on Leonard Cohen’s bookshelf?
(a) Women
(b) The Pleasures of the Damned
(c) Notes of a Dirty Old Man
(d) Play the Piano Drunk Like a Percussion Instrument Until the Fingers Begin to Bleed a Bit
(e) You Get So Alone at Times That It Just Makes Sense

19. Which of the following quotes is NOT attributed to Leonard Cohen:
(a) “War is wonderful. They’ll never stamp it out. It’s one of the few times people can act their best.”
(b) “I think marrying is for very, very high-minded people. It is a discipline of extreme severity. To really turn your back on all other possibilities and all other experiences of love, of passion, of ecstasy, and to determine to find it within one embrace is a high and righteous notion.”
(c) “I think people recognise that the spirit is a component of love. It’s not all desire, there’s something else.”
(d) “ Reworking a song before an audience is like being locked in a room with an old love you once considered beautiful.”
(e) “I had a special communion with daisies. They would turn their little yellow faces to me whenever I started singing. They would all turn towards me and smile.”

20. What is not a published criticism of Cohen’s art?
(a) “He has the inspired and fragile air of a nasty cough.”
(b) “It is like two strangers frantically making love in a shadowy hotel bedroom.”
(c) “He works hard to achieve that bloodless vocal, that dull, humourless quality of a voice speaking after death.”
(d) “It’s music to slit your wrists by.”
(e)“He sounded like a sad man cashing in on self-pity and adolescent loneliness.”

22. Paul Body, the doorman for the famous West Hollywood folk club had this to say about Cohen in 1975:
(a) “You’d better check the bathroom for razor blades, because this stuff is real depressing.”
(b) “I think he’s getting old. His throat is going.”
(c) “The only guy I’ve seen who drew better-looking women than him was probably Charles Bukowski.”
(d) “He reminded me of the American actor Dustin Hoffman.”
(e) “The band was incredibly tight but earned only a lukewarm reception at best.”

23. On reflection, which one of his albums does Cohen like the best?
(a) Various Positions
(b) Field Commander Cohen
(c) Recent Songs
(d) I’m Your Man
(e) Death of a Lady’s Man

24. Which of the following statement is NOT true?
(a) The song Hallelujah took 5 years to write.
(b) Cohen wrote 15 different versions of the last verse of the song.
(c) The album in which the song first appeared Various Positions remains Cohen’s best selling album in the United States.
(d) The song has been covered more than 300 times, including Bob Dylan, Bono, Neil Diamond and Matt Morris from the Mickey Mouse Club.
(e) The song is about the reasons for the mechanics of songwriting and about wanting sex and about the war of the sexes (It is an opinion).

ANSWERS TO THE QUIZ 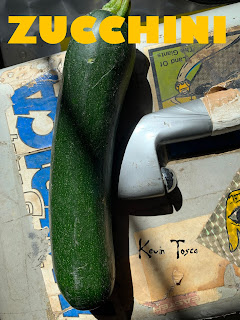