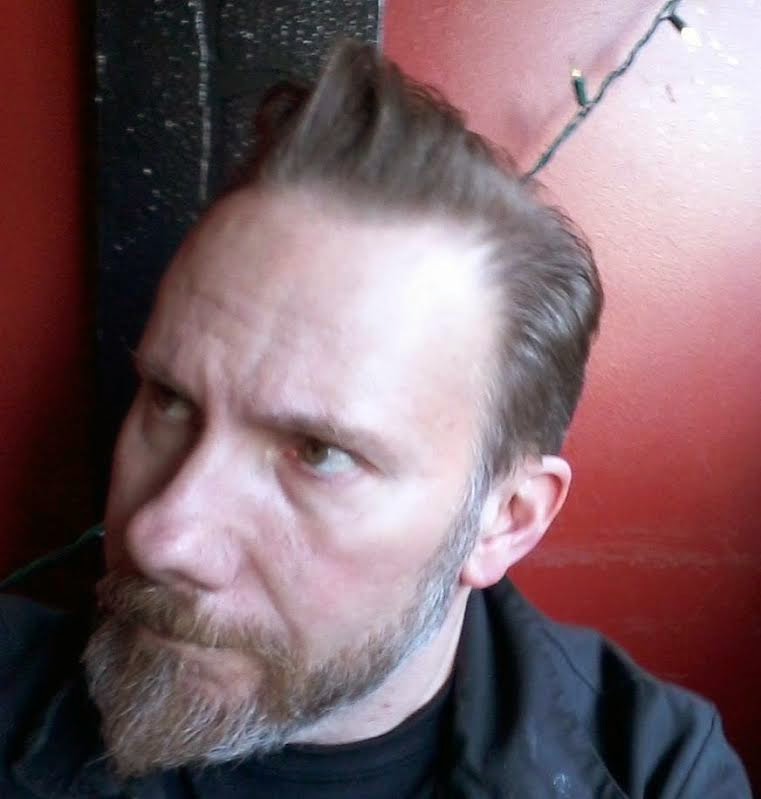 At this point I can't begin
to guess what might be
left of me.

Sometimes you lose the rhythm of things,
the music goes funny
and the sky forgets your name.

I just know the demons
aren't going anywhere anytime soon,
so  I drink with them on Sunday afternoons,
trying to negotiate some kind of
workable deal,

while down in the alley
a withered woman begs quarters
from confused tourists.

She's having a bad time of it

as the girls stand outside the nudie bars,
half naked and smoking,
as beautiful and as mean
as the sun.

I watch them as the pretty waitress
brings my medicine

and think about how I'll
have to go back to work tomorrow,
hungover
and with little sleep,

and how the waitress
and the girls outside the clubs
one day won't be pretty,
or even alive,

and I'm feeling kind of sad for everything
and how there's nothing to be done
for any of it,

as we all go about our business,
waiting for the next thing
to break.

What the Fear Tells Me

The great  animal fear of the world
is what stays with us,
is what our bones are made of.

Love burns off in the sun,
strength gives way,
anything you can name
slips through your shaking hands.

The fear sleeps, but it's never far
from the surface of things.
Those who say otherwise
are liars and always running.

God's an empty bottle
in the face of it,
whatever you've constructed
to keep it at bay
gives like splintered wood.

It's a fine afternoon;
there's wine and sunlight,
pretty girls beneath it.

But the fear is there in every shadow.

I drink beer to try and keep it quiet,
offer these words
as a kind of appeasement,

I dearly want to call
and tell you this,
because I think you'd
understand,

but the fear tells me
you won't pick up,

I should have listened to my father,

and how I'll never find
a good ending
for this poem.

Eventually you end up
wherever it is
that trouble leaves you,

with nothing much
to say for yourself.

But that girl,
she really knew
how to burn.

The thought of her caught
forever in those flames
she wore like skin,

and laughing
the way she did,

its the kind of beauty
that leaves scars
in secret places;

the kind of beauty that breaks you
in ways you didn't know
you could break.

And while even people like yourself
eventually do their best
to forget and move on,

her ghost still burns
in dreams and the spaces
between things,

and the world is just the ash.

William Taylor Jr. lives and writes in the Tenderloin neighborhood of San Francisco. His work has been published widely in journals across the globe, including The New York Quarterly, The Chiron Review, and Poesy. An Age of Monsters, his first book of fiction, was published by Epic Rites Press in 2011. The Blood of a Tourist (Sunnyoutside, 2014) is his latest collection of poetry. He is a Pushcart Prize nominee and was a recipient of the 2013 Acker Award.