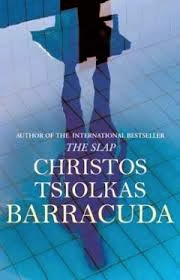 This is a sprawling, highly readable novel by one of Australia’s best writers. It focuses on the life of Dan Kelly, an Australian of Greek/ Irish heritage between 1994-2012. When we first met Danny, he is a talented swimmer who has been given a scholarship to attend a private school he aptly dubs with his friend Demet 'Cunts College'. We follow Danny’s aspirations and struggles to come to terms with who he is and what he wants out of life.

The language is stunningly clear and geared for us to read on. Tsiolkas is excellent at conveying emotion, especially through his stream of consciousness style he uses to describe threshold experiences, such as, competitive swimming, fighting, guilt, failure and gay sex.

The structure of the novel is complex and one of its strongest features. At the beginning of the novel the narrative perspective alternates between a third person account of Danny’s teenage experiences from 1994 and Dan’s first person perspective when he is thirty and living with his boyfriend Clyde in Glasgow. As both narratives advance there are extended flashbacks to flesh out Dan’s connection to his friends, his swimming buddies, coach and family.

There are numerous references to Dan struggling with words and the reader implicitly realises that Dan is the overall architect of this novel. He meticulously maps out for us the transitions he must undergo before he is able to understand that “he is who he is."

Tsiolkas is a clever, highly engaging writer who successfully spans the divide between popular and critical acclaim. Barracuda is not in the same league as his previous novel The Slap, which has sold about 1.5 million copies worldwide, but it is solid book which grapples with many contemporary and universal issues. Australia deservedly is given a back hander by Clyde as an insular, unequal and over-regulated society. 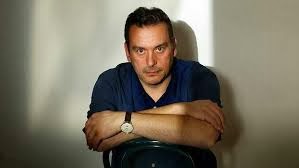