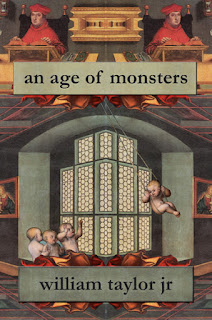 This is Tenderloin resident William Taylor Jr.’s first book of short stories. The collection consists of fifteen stories written from a wide variety of perspectives and subject matter. Taylor writes with extraordinary clarity and quickly draws the reader into his quirky world. The stories are carefully crafted but have a spontaneous, unpredictable feel to them.

The title An Age of Monsters: Fictions, Partial Truths and a Half Remembered Dream is an obvious acknowledgement that this is a work of fiction despite being inspired by Taylor's personal and artistic life. The ‘half remembered dream’ is derived from the story 'My Hemingway Dream’ in which the narrator, presumably Taylor, explains a dream in which he shares a drink with the great writer after a big punch up.

Some of the more interesting stories are the longer narratives which reveal how people react in times of crisis. Taylor is particularly effective at describing conflict, when emotions fray and relationships fuck up. In ‘Tuesday Morning at the Sad Motel’ Taylor contrasts the easy going and existential Ben with the messed up and self indulgent Greta to explore the sadness inherent in their love. In ‘The Legend of Eddie and Lola’ he traces with a wonderful sense of dramatic irony the desperation of a couple’s deluded desire to become famous. ‘The Last Time I saw Greta’ the narrator Ben travels to Hollywood to visit a childhood friend who is living with a lesbian. In all these stories, fuses blow and hell breaks out. Taylor describes this descent from reason in an exhilarating and highly entertaining way. His use of dialogue is sparse but always highly credible in helping to reveal the often hidden, volatile side of people.

Also fascinating are Taylor’s satirical portraits of the small press poetry community as he scathingly relates in ‘Lives of the Poets’ Parts I and II. Poets and publishers alike are depicted as a bunch of pretentious, self interested assholes.  The narrator Jeffery Robbins Jr. reels as the integrity of his work is mutilated through ‘selective editing.’

Taylor’s comfortably moves from first to third person. His male lead characters are usually laid back, passive men who stoically accept the hand dealt them. They are characteristically unemployed in their late 20s, who enjoy sitting around drinking and observing people and who are sketching the lives of the people they meet in their poetry and short stories. The females, on the other hand, are usually represented as irrational, self destructive and largely driven by impulse. They are strong and think they are in control- but  typically have ‘crazed animal eyes’ and who have a tendency of screwing up their daily lives.

Each story is preceded by a black and white photo by San Francisco photographer Julie Michelle. The photos range from the gritty realism of America’s past to photo-shopped conceptual art. I can’t recall seeing the extensive use of photos in a book of short stories previously so it gives a unique feel to the book.

William Taylor Jr. is a clever, natural born story teller who loves to describe people and relationships, especially when things don’t go according to plan. He writes with great humour and humanity and is unafraid to experiment with form or content. These stories about ordinary people are narrated in a simple, conversational style and express an honest truth which we would most certainly heed if we were predominately rational creatures. 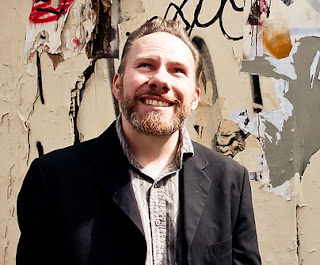 Q1: You have been publishing poetry for over fifteen years but you appear to have only published a handful of stories prior to your first collection of short stories An Age of Monsters. The earliest short story I found of yours is ‘The Wallet’ published in Laura Hird’s SHOWCASE in 2005. http://www.laurahird.com/showcase/williamtaylorjr2.html How long have you been writing short stories and when did it click that you could assemble a collection?

A1: I’ve actually been writing stories just as long as I’ve been writing poems, if not longer. I started submitting my poetry first, and had some success with it, so I tended to spend more time on the poems.  I continued to write stories and publish them from time to time, but they come much slower than the poems, and it’s taken me some time to find a consistent voice in my prose.

Q2: You seamlessly appear to move from poetry to prose in your writing. What difficulties have you experienced in the transition between the two mediums? What are some of the fundamental goals you strive for in your prose writing?

A: I think perhaps because I write so much poetry, I tend to write my stories like I write my poems, line by line, wanting every line to be as perfect as I know how to make it, so the stories can be kind of slow going for me.  I’m not a fast writer.  I try to have a certain rhythm in the language of my stories, as in my poems, so they usually go through a lot of editing.

When I write a story my goal is to do my best to convey whatever “truth” of feeling that came to me when I decided to write it.  It’s important for me for the characters and dialogue be as honest as possible, trying to avoid sacrificing truth for a plot point.

Q3: In researching for this interview some of your favourite prose writers include Brautigan, Bukowski, Salinger and Carver. Can you nominate some others, both past & present, you look up to and why?

A: Definitely all of those you’ve mentioned.  The others I would have to list would be William Saroyan, Nelson Algren, Luis Ferdinand Celine, Hemingway, and more recently Cormac McCarthy and Roberto Bolano.

This is obviously a varied group, but maybe what links them in my mind is that they’re all great stylists, and plot is often less important than getting across some kind of feeling or truth.  They’re all writers that can blow you away with a perfect sentence or passage, just with the poetry of the language.  I don’t care what a story is about; I can read a novel about a guy sitting in a chair staring at a wall if it’s written in a way that gives me some insight into the human condition.  I guess you could say there a lot of poetry in the prose of these writers, and a lot of dark humor.

A: In the context of the stories, the Age of Monsters is the age of man; man being a monster of sorts, out of tune with the natural world.  The subtitle just describes the variety of pieces in the collection; some are completely fictional, while others are fairly autobiographical.  And there’s an actual dream I had about Ernest Hemingway.

Q5: The Tenderloin area of SF is similar to other Western dives such as East Vancouver and the King’s Cross area of Sydney which I am more familiar with. Why the continued fascination with the low-life?

A: My writing, both poetry and prose, is strongly influenced by my surroundings.  I currently live on the edge of the Tenderloin neighborhood in San Francisco and so a lot of the stories in the collection are born of the people and places I encounter there.  I don’t really see it as the “low-life”, exactly, more just people existing on the fringes of the society, without a lot of luck or money, getting by as best they can.  It’s just day to day life.

Q6: Can you outline your involvement with Epic Rites Press. How did you first become familiar with the publisher and how were they to deal with in the processes leading up to the publication of An Age of Monsters?

A: Epic Rites had been publishing my poetry in their magazine, Tree Killer Ink, and featuring my work in various projects.  At some point they published the short story An Age of Monsters.  Wolf at Epic Rites really liked the piece, and at some point we decided I had enough stories that worked well together for a collection.  We’ve been working together as far as editing the pieces, and San Francisco photographer Julie Michelle has provided images for the title pages of each story, which really has given the book a unique feel.

A: I’ve got another book of poems in the early stages of being born, and hopefully I’ll be working on a few other projects with Julie Michelle.  I might even consider one day writing something that will make me some money.

Thanks for taking the time to answer my questions.

William Taylor Jr. lives and writes in the Tenderloin neighborhood of San Francisco. His poems and stories have been widely published in the independent press in publications including Poesy, The Chiron Review and The New York Quarterly.  He is the author of the poetry collections Words for Songs Never Written (Centennial Press 2007) and The Hunger Season (Sunnyoutside, 2009).  An Age of Monsters is his first collection of prose.  His work has been nominated for the Pushcart Prize

Check out William Taylor Jr.’s homepage for information about his books:
http://williamtaylorjr.net/

An interesting interview of Taylor about his poetry can be found here:
http://www.centennialpress.com/interview.html