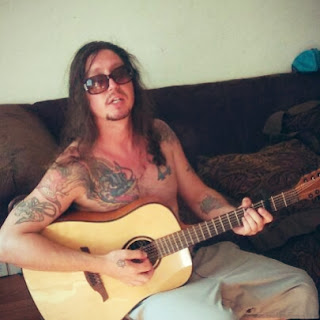 The Answer To Writers Block

I retained my mind

This canvas is barren

No hurdle in sight

An ideal time to smile

I've skipped going to church on this Sunday morning. I see no point in any of this anymore. Instead I chose to take a hot bath, one last hot bath. I'm accompanied by a glass of cheap vodka, a single cigarette and a fresh set of razor blades straight out the package. This is how the Romans used to do it. I feel entitled to try it their way. After all, my name ends in a vowel.

Most men hate their fathers with a passion. For me it’s the complete opposite. My father, God rest his soul, was the finest man I've ever known. He had a revolutionary mindset. A reformist mentality. His dream, his goal, was to make Pittsburgh a better place. This is no easy task when one man is up against a capitalistic system that turns people into mindless consumers only out for themselves.

He had a sacrificial philosophy. He always told me, we're all here to help other people. All it takes is the swaying of a single zip code. After that the rest will follow. Self delusion under the guise of good intentions.

I did my work accordingly, I followed the path of the righteous man. Abstaining from sex, drugs and punk rock music became second nature to me. It was for the benefit of all. This whole 'lead by example' thing didn't win me any popularity contests, but someone had to do the opposite of the norm around here if anything was to change. Frugal spending, no meat on Friday, tv only two hours a day followed by excessive reading, mostly Hemingway, and church every Sunday no matter what. No excuses.

I'd hand out self help pamphlets downtown every other day for three hours straight. The literature was directly out of my father’s idealistic mind. It taught people how to get back at the system by working less hours and cutting down on spending, substantially. God is Jesus Christ almighty, not the almighty dollar. The Pepsi challenge in my father’s eyes was fruitless when capitalism breeds servitude, and coke obviously tastes better. Any typical American moron knows that.

So I worked my twenty hour work week as I followed the doctrine. Faygo pop and ramen noodles were my steady diet of vengeance against an unjust system who took no prisoners unless you had enough finance to join the bourgeoisie. Fuck that shit. I remained devoted, courteous and ready for change. People will catch on sooner or later. Emancipation is a beautiful thing.

The only thing that changed was my father’s actions. He met an uptight cunt from Mt. Lebanon with a red Cadillac, bourgeois house and a visa platinum credit card. She turned him into a green-eyed asshole. He stopped writing his revolutionary literature and started shopping like a materialistic maniac on her dime. Within a month he had his prude bitch of girlfriend spending the night at our house almost every other day. Plus he amassed a shoe collection that could rival that of foot locker.

The day he came home with his stuck up girlfriend and a brand new sixty inch flat screen television is the day I challenged him on contradicting the doctrine.

"Dad, what the are you doing?"

"What's it look like, son? I'm hooking up this new television so we can all watch the Steelers game this Sunday."

"What about church, dad?"

"What about it? All God does is ignore me. I'd rather watch football."

"Yeah," chimes in his stuck up girlfriend, "your father deserves a break after all the hard, sacrificial work he's done in the past. God can wait."

I point my index finger at her face and say, "You don't speak about God in this house, you materialistic snob! You've turned my father into one of them! How fucking dare you, bitch!"

My father in a futile attempt to diminish this volatile situation says, "Can someone pass me a screwdriver?"

I look at him and say, "Fuck off dad! You're lucky I don't dropkick that devilish piece of propaganda!"

His green eyed girlfriend disdainfully says, "Don't you speak to your father in that tone, you little shit!"

I walk over to the anti-Christ with a vagina and say, "Get the fuck out, you green eyed whore!"

She runs out the door whimpering. Ok. One less greedy asshole to contend with. Now it’s time to finish this.

My father with his hands above his head in a state of apprehension says, "You ungrateful little shit! That's not how you treat people! Don't you remember the doctrine? We must remain courteous!"

"That was then old man, this is now! You changed, motherfucker! It used to be us against them, now you're one of them! How's it feel to be on the other side, dad?"

"I love Pepsi now just as much as I love coke. It's time to embrace capitalism, and enjoy the options at its disposal."

"Yes, all that's true, but it also offers a dollar menu at McDonald's and the time of your life at Wal-Mart. I'm hungry. Let's go to Taco Bell."

That's when I lost all self control, screamed out, "Fuck Taco bell," and tackled my father into his precious sixty inch flat screen television. I heard his neck snap upon impact. Had he never became a turncoat this would have never happened.

Crossing the tracks is for people crying out for help. It's an option that holds no relevance in this bathtub right now. My goal is to permanently eradicate the voices once and for all. Only the winners walk up the tracks. A life well wasted is in fact a wasted life. All the primo drugs and vagina I've passed on in the past is meaningless. I'll never know what's its like to live like a true American. There's no turning back for me now. Especially when the bath water is as red as the Republican Party.

Michael Marrotti is an author from Pittsburgh using words instead of violence to mitigate the suffering of life in a callous world of redundancy. His primary goal is to help other people. He considers poetry to be a form of philanthropy. When he's not writing, he's volunteering at the Light Of Life homeless shelter on a weekly basis. If you appreciate the man's work, please check out his blog:www.thoughtsofapoeticmind.blogspot.com for his latest poetry and short stories.
Posted by BOLD MONKEY at 12:14 PM